What are the hot button diversity topics for boards at the moment?

The discussion about diversity is becoming much more nuanced and moving beyond gender. Sexual harassment, paternity leave, and gender nonbinary are the three top areas for board discussion.

What are we doing about sexual harassment, how is it allowed for in our policies, where does it fit in our governance model, and what's the incidence of sexual harassment in our workplaces.

Secondly, boards are looking at how many men take paternity leave in their organisations, what their policy is, and how much paid leave are they offering.

I personally feel very strongly about this. Supporting men to take parental leave is the foundation of overall equality as it means more women can return to the workforce. The Grattan Institute released a brilliant report - launched around Fathers Day-  promoting a new system for Australia which they conclude will economically pay for itself.

That conversation is coming up much more. Not just in terms of how firms support their staff and inclusivity but also how they operate their business. What are you doing with application forms? Do you just have male or female options? Or, do you have another option?

Where are the boards up to with gender diversity?

From the board perspective, it's still mixed. You still get boards that are doing very little and boards that are doing a hell of a lot. There's also a constant improvement - everyone is iterating all the time. So it's not just a case of here's my diversity strategy, set and forget. The game-changer for gender diversity has been the Workplace Gender Equality Agency report which requires you to report gender stats each year if you have more than 100 people in your firm.

So the boards see those statistics, what proportion of males versus females at each level of the organisation and how much they are paid. Importantly, it is a catalyst for conversation.

Australia is not going well in the whole gender space generally. A World Economic Report shows Australia has sunk to 50th place. Yet, 33 percent of boards are female, which puts us in the top four countries in the world. So we are doing quite well on that particular measure.

On broader measures, we do brilliantly on the education of women but we are not doing well on the measures like political representation, safety, and health and economic participation.

All of my boards have at least 25 percent women and some are more than half.

The percentage of women being appointed as chief executives is not looking good at around five percent of the ASX 200 companies.

Although gender diversity is on the board agenda, what about the other areas of diversity? Are boards looking at different backgrounds, different experiences, and different education? Are we seeing a shift there?

I'd say boards are just getting on top of gender diversity, although there is a focus on cultural diversity and in having a different skill mix around the table. That might mean bringing in someone from outside the industry for example.

But often boards are only six to eight people so their ability to include members with different backgrounds can be limited. It's interesting because even my largest board only has 11 members. So  we might come up with a long list of different things we want on the board, but its challenging to cover them all. You have to start with what you must have on the board -  financial skills, Industry knowledge, sales, and marketing. There are only so many options.

Academic research shows that the optimal board size is between six and eight members. A larger size can be too cumbersome for decision-making. Certainly many organisations have prioritized gender diversity before other types of diversity.

I'm quite conscious now of age diversity - particularly in technology companies because it's really the younger people that are more up to date in their understanding of where technology is going.

But there are also other issues where there are big generational differences in thinking. With issues like climate change, gender nonbinary, and harassment, having age diversity on a board is good. At the other end of the spectrum, there is definitely a need to have older board members representing retirees for superannuation boards.

What does your perfect board look like?  Are you looking for more skills?

Boards are very focused on their skill mix. We typically review it annually. It depends on the board but you generally want at least a couple of members with a strong financial background and a couple with strong industry knowledge. Then you see if you need strategy, sales, marketing, technology experience and a strong customer lens.

Absolutely, the boards need more skills. A common discussion is how to get more technology skills on a board. And you can't just lump all technology together. Do you want digital skills or someone who has run a technology company? Do you want fintech skills or software as a service skill? But at the end of the day you don't want a techie but someone who can apply strategic insight to a board setting.

The bigger issue in superannuation is the need for more skills rather than diversity. We see a lot of good diversity on industry  super boards and from a gender diversity point of view, it has been a fruitful area for women. I hear much more debate about how to get the right skills on industry fund boards..

Coming out of the Hayne royal commission we saw what was essentially a lack of focus on the end customer so a lot of financial services boards had already worked out that they need to think more broadly about their customers or members.

Westpac has recently appointed Audette Exel as a non-executive director. She is a good example of boards thinking more broadly about the skill sets they need. Excel has a solid financial services experience but also a strong philanthropic and customer-centricbackground.

IFM boss David Neal asks if long-term, multi-generational investors like pension funds can't get together to deal with systemic risks, then who can. 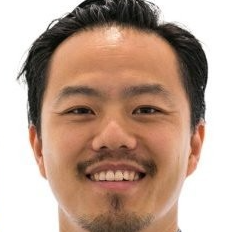 Andrew Howard says the revamp is the culmination of a six-month drive to get the right people in place.