"Now is the time": Q&A with Samuel Mann on his new venture 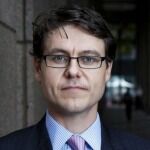 After a ten year stint with K2 Advisors and having "never considered a career outside of this industry" Samuel Mann's next step is to launch his own firm, Longreach Alternatives. He speaks with Industry Moves about his strong desire to forge his own path, shares his thoughts on alternative investments in the current market and tell us about how a kookaburra helps him to gain some perspective.

After a ten year stint with K2 Advisors and having "never considered a career outside of this industry" Samuel Mann's next step is to launch his own firm, Longreach Alternatives. He speaks with Industry Moves about his strong desire to forge his own path, shares his thoughts on alternative investments in the current market and tell us about how a kookaburra helps him to gain some perspective.

What was the impetus to start your own firm?

I have always had a strong desire to run my own financial services firm and the current maturing of the retail market was the impetus. There is no reason other than hard work for the broad retail market to have access to the same high quality alternatives the big end of town have had access to. Now is the time.

What drew you to the world of funds management?

I have always had a strong interest in quantitative modelling, having studied this in university as part of my degree, and when State Street was looking for quant analysts in their P&A division I was attracted. This then led to me being exposed to the embryonic Australian Superannuation industry in the mid 90's, which was growing at such a rapid pace. I have ridden that wave ever since. I have never considered a career outside of this industry. The dynamism and continued evolution is highly attractive to me.

What will Longreach offer that is different in the alternative investment space?

Longreach has partnered with K2 Advisors to offer the broad market access to best of breed liquid single hedge fund managers. To date this market has only had very selective access to single managers. We will also complement that with a diversified illiquid alternative income strategies that we will manage as part of the Longreach partnership program.

In this current volatile market, what do you feel that non-traditional alternative investments provide for retail investors?

In a recent article it was said that you're looking for partners in the non-traditional market for investment. How do you choose them?

The primary driver for the selection of our investment partners is a strong culture of wanting to generate returns as well as being deep experts or practitioners in their fields. They do not need to have worked in an asset management firm before but they do need to have had a history of making money in their field. We are looking for skill which can manifest itself into Alpha.

Transparency is a non-negotiable aspect of investing. I will not invest or partner with a group that does not give transparency and I do not believe that investors should settle for lack of it either. Investors should know what they are investing in.

What was the best lesson that you took away from nearly 10 years with K2 Advisors?

"You can't manage what you can't see" was a mantra at K2. It was all about understanding the risks you undertake when making an investment in a hedge fund. If an investor comes unstuck in alternative investing its often because they didn't understand the exposures or risk they were taking. If you get that right you can make far better informed investment decisions.

What's the best piece of advice that you have received?

Persevere!! Don't give up.

Who has had the biggest influence on your career thus far?

I would have to say Andy Fay. I worked as his business manager when he was Asia Pac CIO for Deutsche Asset Management. His ethics and culture around investing other people's money and the responsibility we have when doing so has stuck with me for my entire career. As simple as that is, it is often forgotten in our industry. We are managing other peoples retirement savings.

What was your very first job?

I used to unload by hand 40 foot containers of garden pots and furniture through school and university. Horrid work but I could lift 200kgs over my head. I could do about a tenth of that now.

Starting your own firm must be chewing into a lot of your spare time. How do you maintain a work/life balance?

I have a small farm and run some cattle on it, which I love. As much as it's more work it's a fantastic de-stressor for me. There is nothing better than the laugh of a kookaburra (often at me) to put it all into context. 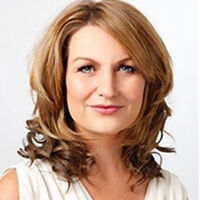 Investors Mutual Limited (IML) recently appointed CEO Damon Hambly spoke to Industry Moves about what he intends to focus on in the new role.

The Retirement Income Covenant has prompted funds to switch their focus from wealth accumulation to creating retirement income products. Since there isn't a deep pool of existing talent in the sector, Fintan Thornton from Allianz Retire+ reckons it's a great time to get into this sector.. 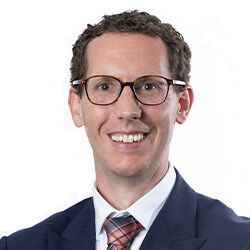