George Fishlock has always been fascinated by aviation, a fascination that has served him well through 25 years as an air traffic controller and a further 20 years on the board of AvSuper, the last six as chair. As he prepares for his next adventure, he reflects on his career so far, including highlights, lowlights and greatest achievements; how his schooling shaped his view on privilege; and about that decade he spent 'on the inside'!

George Fishlock has always been fascinated by aviation, a fascination that has served him well through 25 years as an air traffic controller and a further 20 years on the board of AvSuper, the last six as chair. As he prepares for his next adventure, he reflects on his career so far, including highlights, lowlights and greatest achievements; how his schooling shaped his view on privilege; and about that decade he spent 'on the inside'!

You were an air traffic controller for more than 25 years. Why did you choose this profession?

I was always fascinated by aviation and flying, since an early age.

I had commenced flying training to obtain a private pilots licence, and was thoroughly entranced and loved the experience. At the same time the mother of a girl I was dating at the time, thought it best I get a "proper" job and showed me an advertisement in the newspaper, to which I applied and was successful. So I was one of those lucky people in life whose hobby/passion was to be a long-term career.

Can you name some highlights in the role?

Without doubt the daily experience and challenges, the mental stimulation, the camaraderie of fellow controllers while knowing the serious nature and expectations of the role. There are a lot of people whose well-being is in your hands. It builds an overriding sense of responsibility, and teamwork to achieve the desired outcomes.

"I was one of those lucky people in life whose hobby/passion was to be a long-term career."

...and some things you definitely don't miss?

That's an easy one to answer as well....the shift work. It is a 24 hour, 7 day a week, 365 days a year job. Aircraft are flying continuously throughout the world, and controllers have to be available at all times. But it is not just the hours, it is the severe curtailment of social contact and activities that those hours imposes. I would have lost count of the number of family events, social occasions, weekends away that either had to be planned months ahead, or forgone due to rostered work. I don't understand to this day how some controllers bring up families or maintain a stable home life because of this. The breakdown of relationships in the profession is an unfortunate reality it seems.

What prompted you to join the board of AvSuper in 1999? 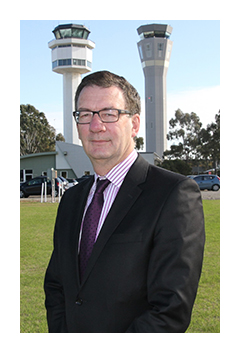 I was first asked to join the Board as a Civilair (the ATC's Union) nominee when I took on a role as the Unions Treasurer. It was early days in the history of Superannuation, and there was little formal training or induction provided. Fortunately, I also worked with David Leggo (then chair of AvSuper and now Chair of Telstra super), and spent many hours discussing and learning the various aspects of being involved in a superannuation fund.

I simply loved the role. My accounting and commerce qualifications have been essential to the position, and my relationships with the ATC group helped to engender a common trust. Especially since superannuation has become progressively more and more complex, and quite frankly, most people don't have the interest, time or inclination to learn all the nuances. It was also helpful to be a source of knowledge when Enterprise Agreement negotiations were being held, and favourable outcomes for both employer and employee were able to be established in the Superannuation area.

What was your greatest achievement, or that of the AvSuper board, during your tenure?

Without doubt the engagement of Michelle Wade as our CEO. She brought a true customer focus and professionalism to the organisation, and transformed it from the corporate/public service type model, to where it is today. Young and engaged staff were employed, a swift shift to electronic communications that today we all take for granted...these were things which Avsuper were years ahead of other Funds in implementation. Finally, the removal of any bonuses within the organisation was a major leap forward. In light of the Royal Commission findings, it makes Avsupers future position with regard to any subsequent regulations very easy.

"She brought a true customer focus and professionalism to the organisation, and transformed it from the corporate/public service type model, to where it is today."

What advice did you offer your successor, Ben Firkins?

WIthout giving too much away, the simple message was "business as usual" will not be enough for the future. Regulations and Legislation changes are a fact of life today, but there are so many strategic areas outside these that need to be focussed upon. There are opportunities to improve relationships with various parties, and as a new incoming Chair, now is the time to seize those.

What is next for you?

My original target was a month of skiing with my wife Sylvia, which we have now done. I am still involved in various community volunteer tasks, but I am also keen to seek further roles in the Superannuation industry.

Where did you grow up and what was it like?

I grew up in Melbourne in the leafy suburb of Blackburn. I was very fortunate to be schooled at Whitefriars in Donvale, and while there are many, many positives I obtained from those years, the one thing that was impressed upon us boys was how fortunate WE were, and how much our parents had contributed to our situation. It was therefore just as important to help those in life less fortunate than yourself, and to use those skills and abilities to better the lives of others and society around you. It was truly remarkable years later at various re-unions to discover just how many of my classmates were involved in social law, teaching, caring, community and volunteer roles, often in addition to highly technical and professional careers.

What is something most people wouldn¹t know about you?

I think most people know about my passions for skiing, the Melbourne Football club and marque sports cars, but not too many know I spent nearly 10 years in prison???

"The smallest improvement in their life would be seen as trivial on the outside, but could change their world inside."

Not as an inmate, but as an Independent visitor whose role was to report on the conditions and environment within the Prison. Direct contact with prisoners and the staff and management was needed, and it was a humbling experience when you "got to know" the background of some of the prisoners. It is very easy to draw on an eastern suburbs, white, educated background as the norm until you realise the person who has sought your help may be illiterate, intellectually challenged, abused, drug affected or simply terrified by the prison experience. The smallest improvement in their life would be seen as trivial on the outside, but could change their world inside. It was also humbling to meet some of the people who worked within the prison in sometimes telling conditions, and the wonderful work they did and understanding they displayed. 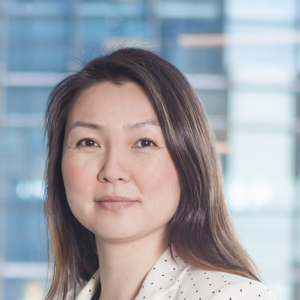 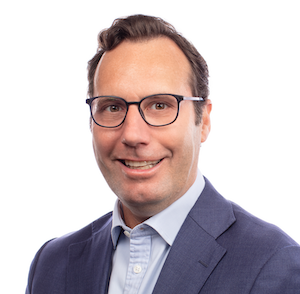