ETF Securities gets serious about hydrogen 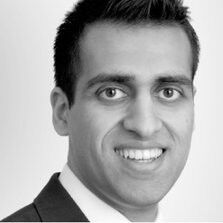 etf Securities has launched a new exchange traded fund that will give investors exposure to a global concentrated portfolio of stocks exposed to hydrogen.

The ETFS Hydrogen ETF (ASX Code: HGEN) invests in a high conviction portfolio of 30 companies that produce hydrogen fuel cells and their components, make hydrogen refuelling stations and other infrastructure like storage, and companies that generate hydrogen or build electrolysers.

"The hydrogen economy is a greenfield investment opportunity, still in its early development stage. However, its potential applications are limitless - from making fertiliser to powering the world's transport systems," ETF Securities head of distribution, Kanish Chugh, says.

The fund will invest in developed markets, and Korea and Taiwan, where there is exposure to hydrogen.

"Hydrogen may be like the internet in the 1990s, or semiconductors in the 1970s. In these instances, disruptive technologies reached tipping points and saw exponential uptake. Their uptake was driven by megatrends - which are one-off structural shifts in the economy and society."

The fund has a management fee of 0.69 per cent and will distribute annually.

AMG Super has launched Acclaim Super and Pension, an 'individualised platform' which is designed to deliver members similar flexibility to an SMSF, without the administrative burden.
More Products & Services
Subscribe to