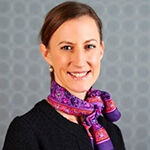 Talieh Williams has resigned as head of investment stewardship at the Victorian Funds Management Corporation to take up an advisory role.

Williams joined the quasi-sovereign wealth fund in February 2020 from Morrow Sodali where she was special counsel, corporate governance.

A former UniSuper manager of governance and sustainability has held several advisory roles around sustainable investing including with the Australian Sustainable Finance Initiative.

Since leaving UniSuper in 2019, after 11 years with the fund, she sat on the Responsible Investment Association Australia board.

Williams will be replaced by Shali Lingaretnam who has been appointed acting head of investment stewardship.

According to VFMC, Lingaretnam joined their equities team in May 2020 as a portfolio manager, where she managed the external mandates of Australian stocks.

Before joining VFMC, she was the head of investments at CCI Asset Management, where she managed $2 billion across multiple asset classes and was responsible for asset allocation and security selection.

Before being promoted to this role, she worked as a portfolio manager from 2008 to 2016.

Lingaretnam has previously worked as an analyst at Macquarie Bank, Lonsec, Aviva, and IOOF Investment Management.