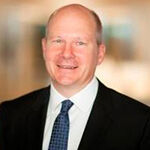 Investment veteran David Atkin was named head of the Principles for Responsible Investment, succeeding Fiona Reynolds who announced her decision to step down in June.

Atkin was most recently deputy chief executive of investment manager AMP Capital before leaving in July.

Before that, he spent 13 years as head of the $54 billion superannuation fund Cbus which is currently in merger talks with Media Super.

Earlier, he was chief executive of ESS Super, joining from JUST Super ( now media Super) in 2006.

He is a director of the Climate Council, chair of Superfriend, and until recently, he sat on the ME Bank board. For eleven years, he sat on the board of Frontier Advisers

"David is a passionate and authentic leader with a deep understanding of mission-driven organisations, and a highly experienced and effective manager," said PRI chairman Martin Skancke.

"David brings a strong understanding of the needs of PRI's signatories to the organisation, with a sophisticated knowledge of the priorities and management of asset owners gained from his time in the investment industry."

"In a release, Atkin said that responsible investment has entered the mainstream, and today, for the first time, the majority of investors around the world recognise the importance of incorporating ESG factors into their investment and ownership activities.

Reynolds called Atkin a natural leader who is passionate about sustainable investing. "He has incredibly strong knowledge and experience of the powerful role investors can play as stewards of capital, and will be an asset to PRI as it continues to grow.

The outgoing chief will stay on in an advisory capacity at PRI until early in the New Year to ensure a seamless transition and continuity for PRI's global signatory base.

Atkin will relocate to London from Australia in March next year.