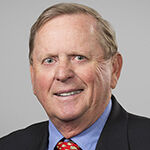 Platform provider and investment administrator, Managed Accounts Holdings (ASX: MGP), has announced to the ASX that Don Sharp is stepping down as board chair due to his increased executive responsibilities.

Sharp will continue as an executive director and in his recently-appointed role of acting CFO following the departure of Mark Pozzi.

His successor as chair is former Pillar Administration CEO, Peter Brook, who joined the Managed Accounts board as a director in April 2017