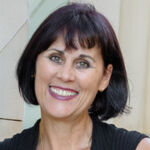 Turner will be succeeded by QSuper chief of member experience Jason Murray.

She has worked in the superannuation industry for 40 years, with many decades of leadership including as head of AvSuper and 11 years as head of MTAA/ Spirit Super.

Turner said she wanted to embed the merger between MTAA and Tasplan that finalised in April this year before departing the fund.

"I am proud to leave Spirit Super in a strong position, with strong investment performance, over $26 billion in funds under management, more than 320,000 members, and our member best interest culture stronger than ever," she added.

Spirit Super chair Naomi Edwards acknowledged Turner's strong leadership in seeing the formation of Spirit Super through to fruition and positioning the fund firmly as an emerging leader in the competitive superannuation market.

"Leeanne's role in this merger has been outstanding. She has led with passion and enthusiasm to integrate our people and processes. The Trustee and staff hold her in the highest regard."

Turner has made a significant contribution to the broader Australian superannuation industry through her directorships of ASFA, ISA, and FEAL which awarded her fund executive of the year in 2014.

As for Murray, he has had experience in banking, insurance, and superannuation in Australia and the UK, overseeing many areas including product, innovation, digital, business development, and distribution.