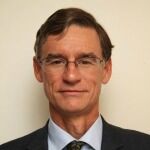 Mark Rider has resigned from Christian Super to take up the role of chief investment chief at the newly merged LGIAsuper and Energy Super.

The appointment comes as the fund acquires Suncorp's superannuation business this year.

At the time, Farrar said it had become clear that the prudential regulator's performance test meant funds needed to structure investment teams differently.

Before joining Christian Super, Rider was the chief investment officer at ANZ Wealth.

He has also held key roles at UBS and Australia's central bank.

"With a long history of delivering performance within complexity, Mark will lead the fund's renewed investment strategy as we finalise our next stage of transformation in 2022," said Farrar.

"The amalgamation of our funds, and the planned acquisition of Suncorp's superannuation business, have given us a unique opportunity to reconfigure our investments to ensure that we are delivering the best possible outcomes and future security for our members."

Commenting on his decision to join the merged fund, Rider said he was drawn to the way LGIAsuper and Energy Super are differentiating themselves from the megafunds by connecting and engaging with members.