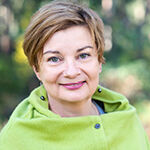 Frontier Advisors has appointed a former Equipsuper executive to head up people and culture.

Currently, Guthleben she serves as chief executive of people and culture with Equipsuper, where she has worked for a decade.

Guthleben will take up her new role next month and work closely with Frontier's current head of people and culture, Nicole Hartigan, to transition into the practice.

Frontier said Hartigan has overseen an unprecedented level of recruitment to accommodate client expansion and a dynamic and challenging human resourcing market.

Frontier chief executive, Andrew Polson, said the new recruit is an experienced and senior executive with a proven background in shaping teams and culture within the financial services sector and leading businesses more broadly.

"Ours is a people business," he said.

"The calibre of our people, both at the individual and team level, is critical for our firm and ultimately for our clients.

"Like many businesses, we're currently in a highly competitive market for talent, and I'm confident Sarah will continue and enhance the great work Nicole Hartigan has done in building what we believe is the leading consulting team in Australia," he concluded.

Frontier has recruited around thirty staff over the last twelve months.