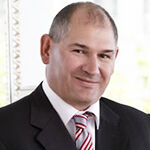 After more than seven years, Clive Landale, the founder of 90 West Asset Management (90 West), has stepped down from the business to return to his farming and agricultural interests. Landale founded 90 West in 2008, managing an absolute return fund which invested across mining, energy and agriculture. He brought David Whitten into the business in 2012, launching the fund now known as the Henderson Global Natural Resources Fund, following Henderson's 100% acquisition of 90 West in June, 2015.

Commenting on the decision, Rob Adams, executive chairman, Pan Asia for Henderson Global Investors said: "Clive's forward-thinking led to the creation of 90 West, where his absolute return strategy delivered nearly 10% pa since inception during some of the toughest resources markets in decades. His partnership with David Whitten created a quality team that generated the interest for Henderson to acquire the business in full this year. We thank Clive for his significant contribution."

Landale said: "I absolutely loved building this company, but life has now taken me in a different direction. I am excited about the future. I am also very confident that David and Henderson will build strongly on the foundations we have established."