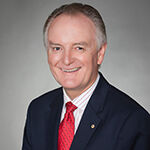 First State Super (FSS) has announced that chief executive officer, Michael Dwyer, will retire at the completion of his current contract term on 30 November 2018.

Dwyer was appointed to the top job in 2004 and, during his tenure, the fund has seen an increase in funds under management from $9 billion to $90 billion, on behalf of 800,000 members and clients.

Dwyer was previously the general manager of Asset Super (now part of CareSuper) and has 20 years' experience in senior executive roles in financial services. He currently serves on the boards of UNHCR, Association of Superannuation Funds of Australia (ASFA), Fund Executive Association Limited (FEAL) and the Sydney Financial Forum.

Commenting on his departure, First State Super's chair, Neil Cochrane, said: "On behalf of the Board I want to pay tribute to the tremendous contribution Michael has made to First State Super...The significant expansion and development of First State Super can in large part be attributed to Michael's strategic leadership and the importance he places on personal engagement and fostering a strong and inclusive workplace culture. Michael's leadership, integrity and values have formed the basis of our success as an organisation."

Dwyer added: "It has been a privilege and pleasure to be associated with First State Super over 14 years...I am also proud of the work we have done in partnership with the industry, unions and governments to support economic growth, create new jobs and new opportunities in regional and metropolitan communities around Australia."

"First State Super is very well positioned for the future. It's the right time to transition to new leadership. I look forward to continuing to lead the team until my retirement."

The search to appoint Dwyer's successor is currently underway. Dwyer will remain in his role until the new CEO settles in later this year.