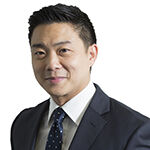 An Australian equities specialist appointed a head of distribution in a newly created role.

Simon Wu has joined Quest Asset Partners after a stint at Cooper Investors as a senior business development manager.

Prior to Cooper Investors, Wu spent five years at abrdn, the majority of which was as director of wholesale sales.

He also worked at NAB and ANZ in BDM roles and prior to that worked as a financial adviser at ipac, Gow Gates Group and Mercer.

"We are happy that Simon decided to join us, and we believe he is the right person for the job," he said.

Wu will work with clients ranging from institutional and high-net-worths, financial advisers and consultants.

The boutique, founded in 2004 by Cahill and Michael Evans, now has eight staff members.

About $1.9 billion of assets under management come institutional clients such as superannuation funds, while $210 million is from HNW clients, Cahill said.

The fund has returned 45 per cent in the year to October, beating its benchmark's 28 percent; it has about $52 million in funds under management.