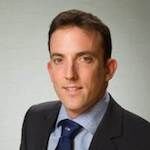 Bennelong Funds Management has named John Burke as its new chief executive replacing Craig Bingham who will depart after eight years in the role.

"We are delighted to welcome John as our new CEO," said Bennelong's chairman, Michael Dwyer. "He brings leadership strength in his track record as well as extensive knowledge of the funds management sector and will be a pivotal part of the next stage of our growth ambitions."

Burke said he was attracted to the role given Bennelong's excellent reputation for bringing quality investment products to its customers.

"Bennelong is a high-calibre organisation, and I'm looking forward to sharing my experiences and perspectives with the board and the Bennelong team," he said. "It will be a privilege to lead a company that is already known for the quality of its people and products, and I can't wait to get started to help bring the best possible outcomes to Bennelong's clients."

Burke will join Bennelong in the first half of 2023,

He is expected to join Bennelong in the first half of 2023, following a period of gardening leave.

Bingham and the Bennelong board have spent the last two years actively planning his succession.

Dwyer thanked the outgoing chief executive for his important contribution to Bennelong over the years.

"Since joining in 2014, he has facilitated significant growth of the business, establishing Bennelong's offshore arm BennBridge in the UK and US, partnering with a number of boutique funds management teams across the globe, and growing assets under management and advice from around $5 billion in 2014 to more than $15 billion at 31 December 2022," he said.

"We wish him every success in the next chapter of his career.

"Bennelong has a strong culture centred around its people, which will continue to be a cornerstone of our future growth and success. Our focus remains unwavering: to grow our boutique businesses and deliver the best possible outcomes for our clients."