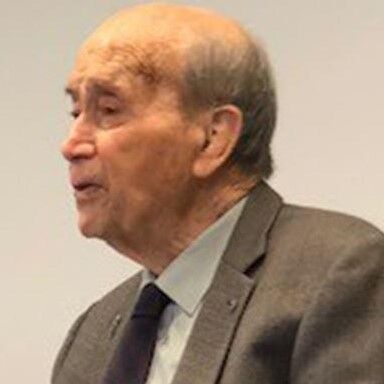 Cbus has honoured a figure central to its creation, and the creation of superannuation in general, Tom McDonald.

"Very few in public life have made such a lasting contribution to the social and economic fabric of our nation."

When Cbus was created 38 years ago, McDonald was in the leadership of the Building Workers Industrial Union (BWIU).

He had joined the BWIU at the start of his apprenticeship on the Sydney docks in 1944 and climbed to the top of the union movement. In 1984 when McDonald was the federal secretary of the BWIU he campaigned for the first national superannuation scheme.

The campaigns of the building unions and their members with the ACTU in the early 1980s led directly to the creation of an industry-based occupational superannuation scheme for building workers and enabled the creation of a legislated universal super system in 1992 by the Keating Government.

The building unions' fund, the prototype of industry super funds, was initially called BUSS (which merged with an allied fund AUST in 1994 to become Cbus). McDonald was a founding trustee director of BUSS. Within six months, BUSS had 800 employers and 30,000 members.

Under McDonald's leadership, his union campaigned for a wage increase that would be invested until retirement, instead of a take-home pay increase.

In 2019, at the age of 93, he spoke to Cbus staff about his determination to see construction workers retire in comfort and dignity.

"I have often thought what would Australia be like if the trade union and labour movement had been defeated in their attempts to achieve universal superannuation," McDonald said.

McDonald is survived by his wife Audrey, his family, and loved ones. Cbus extended its sympathies.