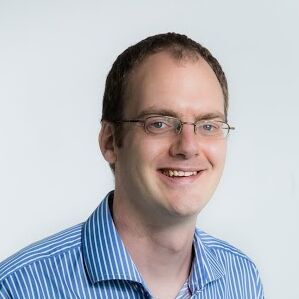 Dolman is a leading actuary in data ethics, sharing his knowledge widely through submissions, thought leadership, and acting as a sounding board for complex issues,

"His work focuses on the practical application of ethics in automation and artificial intelligence, and the social impact of data availability and automation in insurance," the Institute said in a release.

Dolman is executive manager, data and algorithmic ethics at IAG and is also a research affiliate at ANU's Humanising Machine Intelligence group and contributes to the not-for-profit Gradient Institute's work.

"Chris has played a significant role in thought leadership and promotion of the actuarial profession in ethics, data analytics, and discrimination," she said.

"He is committed to good regulation to ensure that policy keeps pace with technology changes and meets the needs of society."

Dolman is a founding member of the Actuaries Institute's Data Analytics Committee, chair of the Institute Working Group for the collaboration with the Australian Human Rights Commission (AHRC) and a member of the General Insurance Practice Committee.

He has also chaired the Actuaries Institute's Anti-Discrimination Working Group.

His current work with the Australian Human Rights Commission will result in guidance material on artificial intelligence and anti-discrimination in insurance. It will feature in a joint Actuaries Institute/AHRC publication which will be of public interest as it will help clarify what is discriminatory and how actuaries and insurers should act.

Receiving the award, Dolman remarked that applying his mind to data and AI "appeals to the mathematician in me, but one with a social conscience. I like to look into how AI affects the world and what social norms we want to encode in the models we build."

"There seem to be a lot of unresolved problems in the use of data - there are conflicting ideas of fairness put forward, and what constitutes good versus poor conduct is often still vague," he added.

Actuaries Institute chief executive Elayne Grace thanked Dolman for his "generous" contributions to the actuarial profession and Industry."Chris has had a long-term interest in the interplay between artificial intelligence, automation, and ethics in insurance. He works with complex data sets to provide insights into the intended and unintended consequences of the digital age."